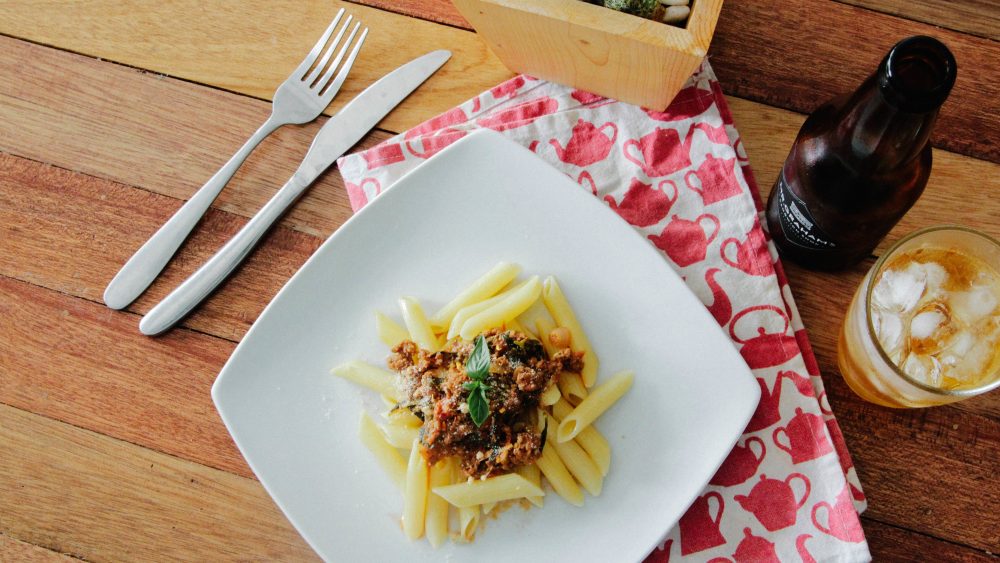 Secret Celery–You may not even realise how often you eat it! Or how often you can eat it… without even making much of a change to your diet.

Since the dawn of time, our parents have been hiding veggies in our food. They’ve tried endlessly to get us to eat something green, something mushy or something we could easily stick up our nose. The skill and secrecy levels from parental units range from amateur through to highly advanced: mashed potatoes plonked on top of a green UFO to parents who blend them into random elements of a dish to eliminate any detection. When we were kids, we may have been disgusted at the final reveal, but with age comes surprise and bewilderment when we learn there’s a once-classified ‘danger’ in our sauce.

So be bewildered, because celery has been incorporated into flavour bases for centuries across numerous cultures. The bases for any meal traditionally start with three or four basic ingredients, a tried-and-tested foundation on which more complex flavour profiles and dishes can be built. The combinations may vary but each country has a distinct flavour that stems from the base flavour mixture. The French use a classic combination of celery, onion, and carrot known as mirepoix in many of their best-loved dishes. Over in Germany, it’s suppengrün, which is celery, leek and carrot. The Italians call it soffritto, adding it into certain types of pasta, stews, and braises as part of their celery, carrot and onion base, while close by, the Spanish call it sofrito. Cajun cooking has always found a use for celery: the combination of celery, bell peppers and onions is referred to as the Holy Trinity. Celery is a necessity in many cultures’ cuisines, helping to bring flavours and recipes to life.

There you have it–proof that you should be introducing celery into your kitchen this winter one way or the other. Use it as an aromatic agent and a flavoursome addition to risottos, soups, pastas, or any recipe. Give some traditional recipes a shot: there’s a reason why they’ve endured as family favourites through the ages. When you’re curled up on the couch, heater cranked up during the cold nights, bring out some wholesome, delicious food to warm the belly. Fill up on nutritious meals to avoid the chocolate block during winter. Keep your body happy even if you do find yourself exercising less and ‘Netflixing’ more. Happy eating!