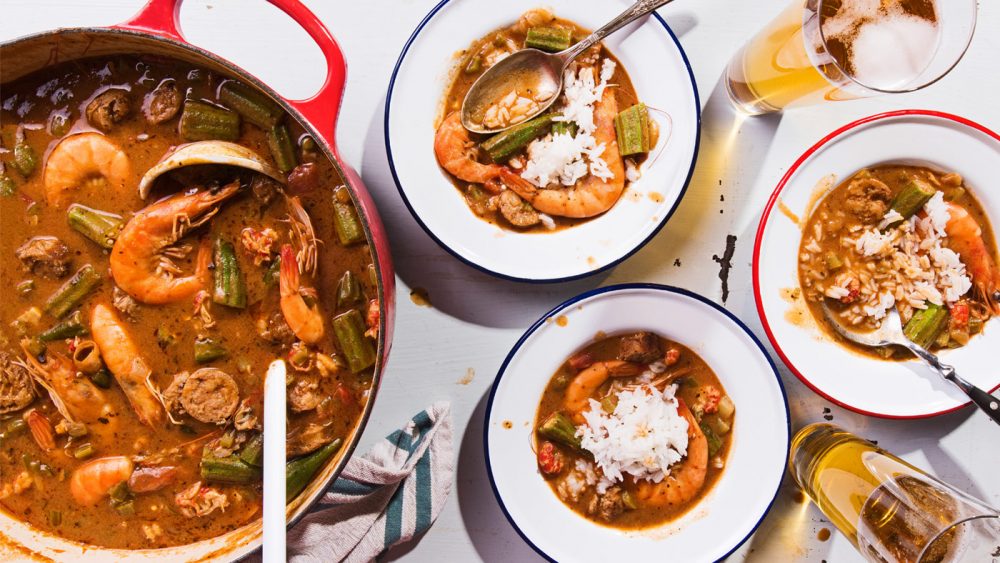 It’s October the 12th… happy National Gumbo Day! Did you know–celery is a traditional ingredient in this much beloved classic dish. Originating in Louisiana, gumbo is the official cuisine of that state, and is a type of stew or soup that’s usually served over rice. The word ‘gumbo’ comes from the African word for ‘okra’, which is a main ingredient that flavours and thickens the stew. As to the stew itself, it usually has lots of yummy ingredients, including a strongly flavoured stock, the ‘Holy Trinity’ of veggies (celery, onion, bell peppers), seafood, and of course okra. It was first described in 1802, and became very popular since the 1970s. The dish’s origin likely comes from a mix of several cultures, including French, Spanish, German, Filipino, West African, and Choctaw.

The Smithsonian has a great article about the history of gumbo by Lolis Eric Elie:

Gumbo for me and my sister meant hours peeling shrimp or chopping seasoning a day or two before a major holiday. It meant the first course of Thanksgiving or Christmas dinner. It meant an appetizer as filling, rich and complicated as the many courses that followed it. Gumbo meant that God was in His heaven and all was right with the universe.

Elie has also shared the recipe on the Smithsonian: 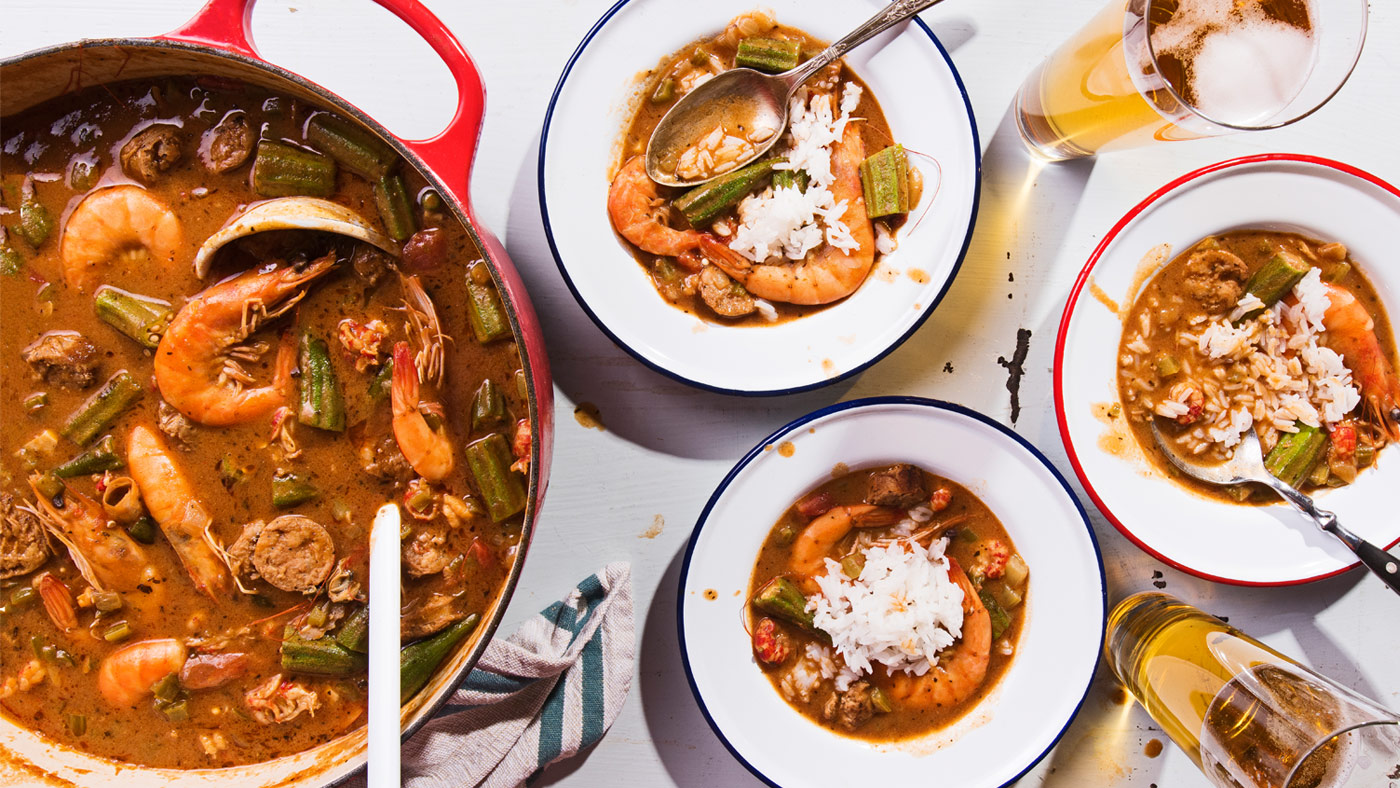