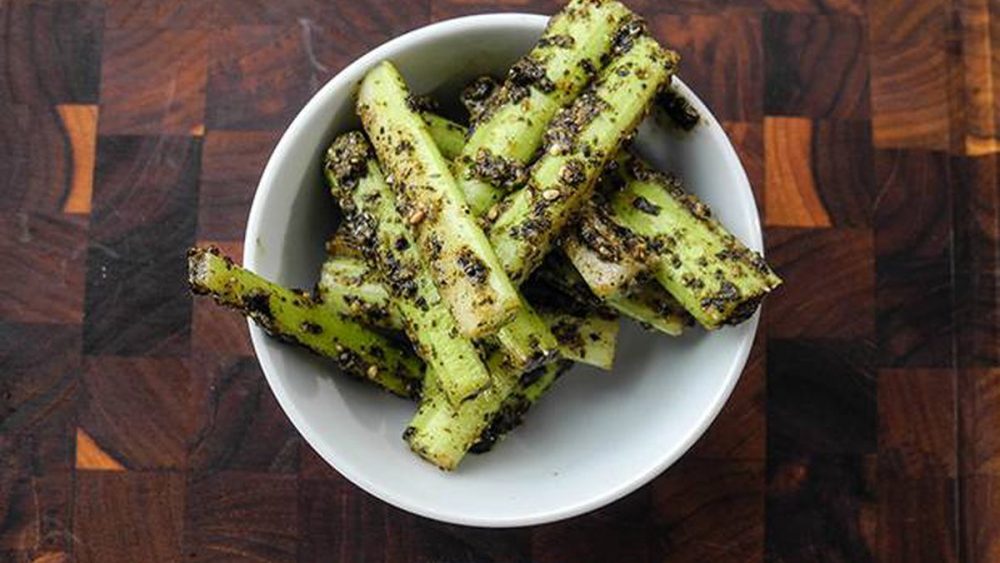 Celery and Furikake? Not a combination we would’ve thought of, which is why we’re excited about this recipe by Haan Palchu-Chang for the Globe and Mail. Haan apparently got the idea for this interesting Celery dish when “searching for a snack that would satisfy the cravings of cocktail-swilling clients that went beyond the lazy route of simply deep-frying something.”

What is Furikake, you might ask? It’s a dry Japanese seasoning meant to be sprinkled on top of cooked rice, veggies, noodles… anything that could do with a bit of a flavour boost. It’s been called the salt and pepper of Japan by Gourmet Traveller. Usually, it contains roasted sesame seeds, nori and bonito flakes, along with salt and sugar, but there are hundreds of variants that could also have wasabi, roe, and others. It’s delicious, and if you haven’t tried it, you could probably pick up a bottle of it at your local Asian grocery. Here’s Haan’s recipe: 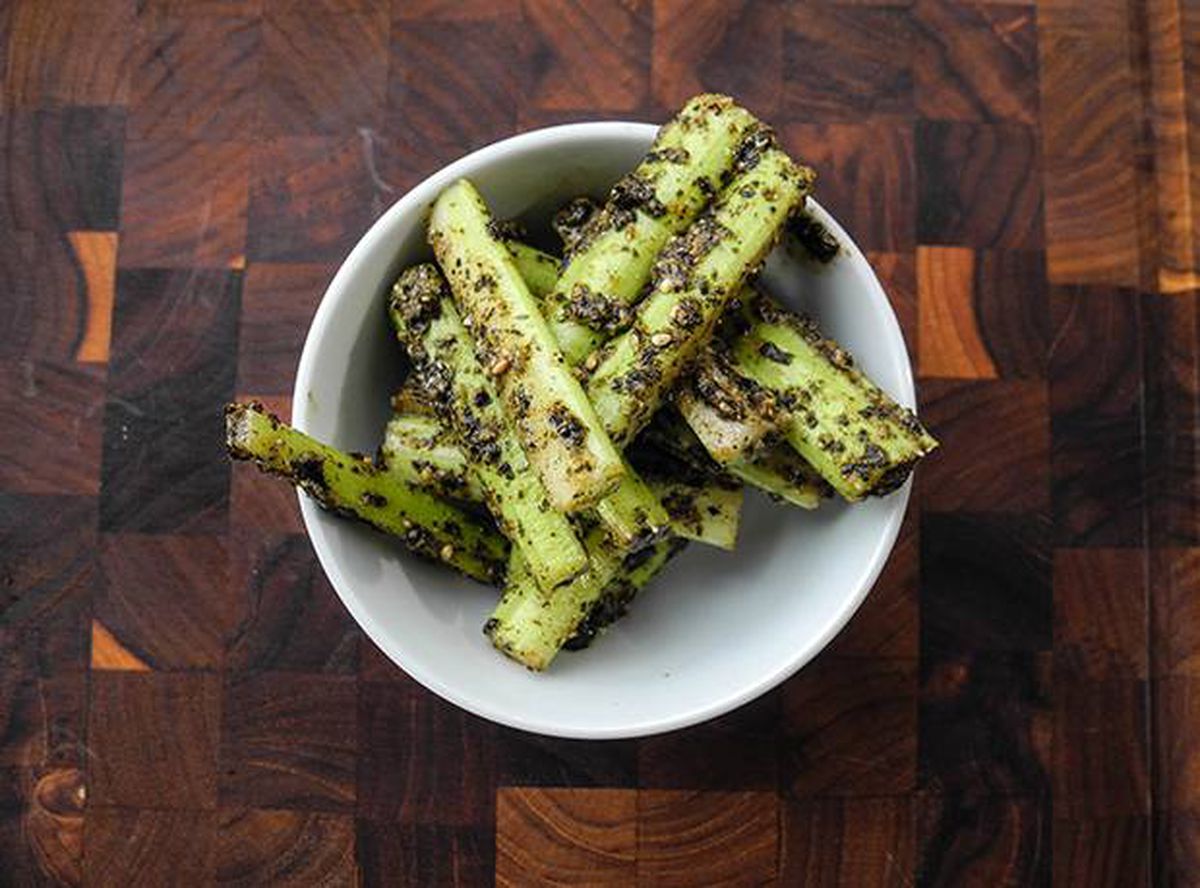 Furikake (Makes 1 litre, Freeze Rest for Later Use up to 6 mths)

A Chinese-Romanian chef, Haan grew up in Toronto and studied at the North West Culinary Academy of Vancouver. He’s worked at stellar restaurants like Maenam in Vancouver, Enoteca Sociale in Toronto, and Kokkeriet and Kiin Kiin in Copenhagen. He currently consults out of Toronto. Need more easy Celery ideas? Check out our recipes section.