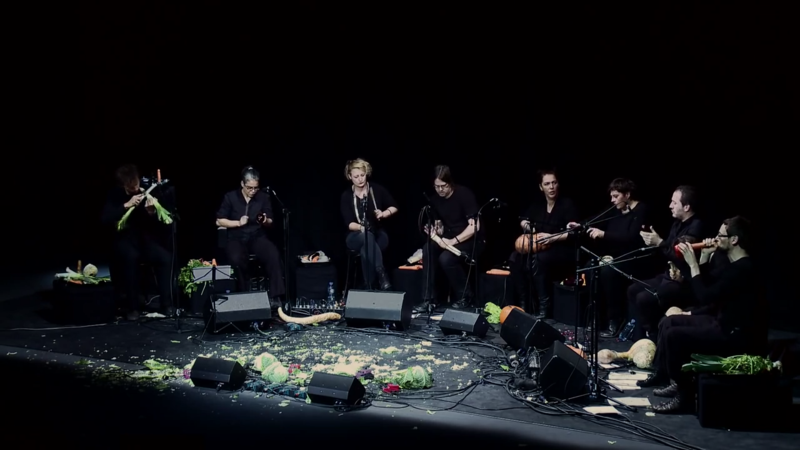 This vegetable orchestra performed at TEDx in October 2017, using various veggies like celery, leeks, and cabbages. Check them out! Via Atlas Obscura:

Since 1998, the Vegetable Orchestra has been making sweet music on savory vegetables. Their instruments, from eggplant clappers to celeriac bongos, tend not to survive a performance. Even though it’s produced by produce, the Vegetable Orchestra’s music is surprisingly complex, taking cues from rock, electronica, and other styles.

This performance of the Vegetable Orchestra, which was recorded at TEDx Talks, features rhythmic striking of hollow carrots and squeaky leek violins. Instruments range from the simplicity of a whole-pumpkin drum to multiple-veggie wind instruments. One musical interlude features four cabbages attached to distortion pedals, shredded both musically and literally.

The Vegetable Orchestra’s site notes that veggies that have seen showtime have three ultimate destinies. They either end up as organic waste, as gifts to audience members, or, most deliciously, as post-show soup.

The orchestra has no designated leader: it is a collaborative group of men and women who play in the orchestra for fun. They’re not vegans or vegetarian either. The first instrument they made out of veggies involved a tomato, and they make instruments out of drilling machines, sharp knives and other kitchen tools.