Love lobster? Love brioche rolls? Try our amazing recipe for cray-zily good lobster rolls, with celery and mayo. Delicious and quick. Traditionally, a lobster roll has the meat soaked in butter and served in a steamed bun, but our version is closer to other versions of the New England style, which has mayo and, of course, celery. Originally created in a restaurant called Perry’s in Connecticut in 1929, it quickly took off, and is now generally associated in the US with the state of Maine, along with tons of variants: sometimes served with chips, sometimes not, sometimes in baguettes, or hamburger buns, cold, warm… everything goes when you’re rolling with lobster. It’s also a very popular dish in Canada during the summer. Feel free to make your own changes to our recipe to suit your taste–and drop us a note if you’ve got a variant that you love.

It’s important to use great mayonnaise for this dish. It’s easy to make at home if you want to go to the trouble: you pretty much just need an egg yolk, lemon juice, white wine vinegar, dijon mustard and oil (x), but something decent, free range and off the shelf will also do in a pinch if you’re short on time. 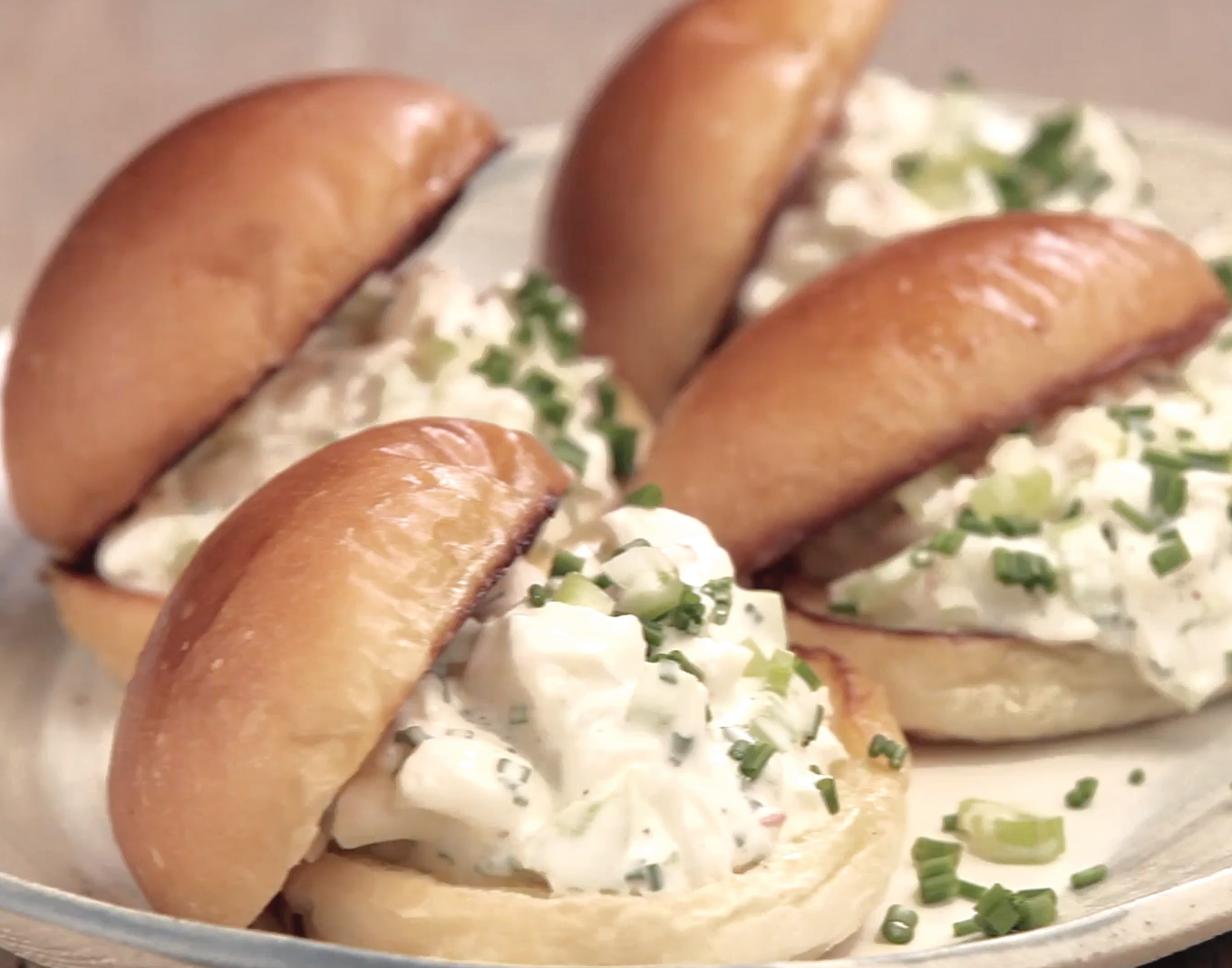