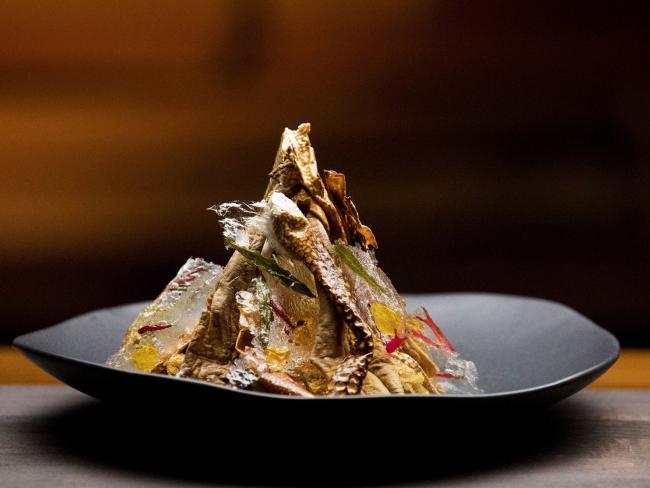 There Were Parsnips in What

There were parsnips in what? Last night’s unusual Masterchef Australia elimination dessert dish proved to be too much for fan favourite Eloise Praino. Via News.com.au:

Contestants were given three hours to prepare Millar’s intricate dish which consisted of a cured egg yolk with rum and caramel, macadamia and parsnip panna cotta, parsnip skins, obulato (rice paper) whey caramel, parsnip cake, golden syrup honeycomb with marshmallow skins and even leaves from the MasterChef garden. Another fifteen minutes was allotted for plating.

It was Chan and Ungermann’s first pressure test but it was Praino who faltered with overcooked honeycomb and grainy panna cotta.

Praino had been tipped to make the show’s Top 4 after winning an immunity pin in May in a cook-off against professional chef Charlie Carrington of Atlas.

Despite being eliminated, Praino has quit her job as a law clerk and is pursuing a career in food.

“I’m no longer working at the law firm,” Praino said. “I’ve started up a sweet business — Burning Pirate Ships Sweets and Treats — which I’m hoping to have fully up and running in the next week or two in Adelaide.

We wish Eloise the best of luck, and look forward to visiting her sweet business!